For many adolescents, camp serves as a rite of passage into young adulthood. It is a place where campers can exist while not quite feeling they are in the real world. Camp allows them to be free of the worries back home, not because home is necessarily a bad place, but because being a kid can be hard. Facing new challenges and obstacles, meeting new and different friends, and being part of a team are all important aspects of camp — and becoming a better person is almost inevitable. But for all this to happen, campers must feel that they belong.

Researcher Vanessa Hunn (2014) said that in the broader community, individuals from more diverse backgrounds are subjected to challenges that often cause them to struggle more than others to maintain a positive sense of belonging. So what happens on the first day of camp can go a long way toward ensuring that Black, Indigenous, or children of color will feel like an integral part of the camp community.

My first time away at summer camp was scary, not because of any specific thing or person,  but because it was my first time away from home. I was about 11 years old when my parents told me I was going to Camp Allegheny for the week; I thought it would be a drop-off-pick-up situation, not a seven-day stay! That was rough to even think about, but after my first day there, I realized this overnight camp thing might not be so bad after all.

It was 6:30 a.m. on a warm July morning when my parents woke me up to get ready for camp. As we drove toward the designated drop-off location, my heart began to pound. Nervousness set in as I realized I would be away from my family, dog, and video games for the next week. We rounded the bend and there it was — “Camper Check-in.”

My parents checked me in, and while we waited for the bus, we looked into the crowd of families who were also dropping off their campers. None of them looked quite like us. I leaned against my parents and tried to be sweet enough that they’d decide to take me back home. (It didn’t work.)

After about 15 minutes, a staff member escorted another family over to where we stood alone and introduced us to one another. Our parents shared small details about us with one another and encouraged us to be friends throughout the week and to look after each other.

Around 8:00 a.m., a large, yellow school bus drove up the street honking its horn while some older kids sang a camp song out the windows. Many of the families clapped and cheered, but some of us looked around confused and tired. Each child hugged their family goodbye. Parents shed tears, and some of the children did, too. A small group of children happily got on the bus and shared how excited they were to be going back to camp “because it was awesome!” As the bus pulled away, the older kids began to sing a catchy song and clap along to the words. Some of the “returners” joined in, and as we made our way to the highway, everyone sang along, having a good time despite how awkward we felt.

About 30 minutes into a two-hour ride, an older kid stood up and introduced themself as a camp counselor. The other counselors followed suit and shared plans with us — from the moment we arrived at camp through preparing to return home.

I looked around and everyone else seemed to be getting along well and to have a friend — except me. Then one of the counselors seated nearby pointed at me and yelled, “How excited are you for camp?”

In shock, I replied, “So excited,” confused as to why they’d picked me of all people, but happy because maybe I had just made a new friend.

We’re Not in Kansas Anymore

As we arrived at camp, I took in the cabins, trees, a lake, more buses, and a ton of happy older kids and adults waiting to greet us. The campground filled with cheers and claps, people singing the camp song from the bus, and others chanting words I barely understood.

One by one, each of us gathered our belongings and then was escorted to our assigned cabin for the week. There, we would meet our designated counselor and the camp’s two directors. The camp directors warmly welcomed us, talked about camp’s purpose and guidelines, and told us we’d have our first activity before getting lunch by the lake.

Outside groups of kids played catch and ran around, but I still felt overwhelmed and nervous.

Kids from other cabins joined in, and the crowd grew from 12 to what felt like a million — I was ready to go home. Just as I finalized my escape route, my cabin counselor and another employee challenged me with a Frisbee. “I bet you can’t throw this over to them.”

I reluctantly laughed and threw the Frisbee to an older kid, who caught it and threw it back. After a few more throws back and forth, other kids asked if they could play, and before I knew it, the sound of bells signaled lunchtime. My escape plan would have to wait.

While we enjoyed our first meal together, our cabin counselor asked us questions. Where were we from? What did we do for fun? What did we miss most about home? As everyone shared their answers, I realized how much some of the other campers were like me. So I’m not the only one who misses home, I thought.

With lunch finished, we were eager to get back to playing, but there were announcements to be made. The camp directors described the different “stations” available: activities, crafts, and games. And we learned that each camper would be paired with another camper from their cabin.

I froze, hoping to see someone I knew from my cabin. But my counselor was there, pointing at the color-coded lanyard I’d been given: “Hey, over here, I found your cabin buddy.”

My new buddy and I headed toward the sports complex for our activity and talked the whole walk about how much fun we were having. Amazingly, that now seemed to be true.

After dinner we were given time to further explore camp, and my cabin buddy introduced me to a kid who looked more like me. Happy to have found another friend, we resolved to explore together. However, he wasn’t from my cabin, and we had been told we needed to stay with our group. We asked for special permission to remain with our new friend, and our cabin counselor used his walkie-talkie to communicate with the camp directors. A few minutes later, our new friend’s cabin counselor joined us and said he could stay with us as long as his cabin buddy did too.

For the next few hours, we walked around the lake and through the woods. We visited some of the other cabins, and we talked with the camp directors, someone who was planting flowers, and the people preparing snacks. As we passed other groups of campers we waved, high-fived, and chanted silly noises to see who was louder. At one point, our camp counselor challenged another counselor’s group to a football game. We played until we were exhausted and called it a draw.

As the sky darkened, all the campers slowly made their way back to their cabins. Before showers and bedtime we were offered the opportunity to call our families. While some campers were “too cool” to call home, I couldn’t wait to tell my parents how much fun I was having. “Today was the best day ever! I made so many new friends, and everyone was so nice,” I said. My family asked a lot of questions; some I answered and some I avoided, because all I wanted was for them to know how great the day had been. As the phone call came to an end, my parents asked, “Do you miss us?” To which I replied, “Yes, I do, but I can’t wait until tomorrow.”

The first-camp-experience events I’ve described tell the story of how great an impact we can have on one another’s sense of belonging without even knowing it. First-time campers will experience and display a range of emotions throughout their first day at camp. But when members of the camp staff interact and engage with campers and their families, each of these points of contact can contribute to the campers’ sense of belonging right from the beginning. More importantly, these encounters can create such a positive feeling for the campers that they will be excited for their next day at camp. While some campers may have an awareness of being different from most of the other kids on their bus, camp staff’s holistic and intentional outreach to and support for all campers can help to reduce anxiety over those differences.

Furthermore, Vaccaro and Newman (2016) found that this sense of belonging is directly related to achievement and outcomes, and also serves as a predictor for retaining diverse individuals. To address the challenges and risk diverse populations face in regard to their sense of belonging, communities must create more inclusive environments for their diverse members.
What did the camp described do right on the first day?

Sense of belonging examples at camp:

This list is not exhaustive, but it highlights some of the simple actions that can make a major positive impact on the first day of camp.

While these and similar actions occur organically at camp all the time, there is more work to be done to create a lasting and deep “belongingness” for everyone. To increase a sense of belonging for diverse individuals, communities must ensure their spaces reflect those they serve and the areas in which they are recruiting (Harper et al., 2016). Camp communities can further promote a sense of belonging by having an adequate number of members, staff, and campers, with similar backgrounds (Tinto, 2015). Furthermore, by increasing representation, communities can address their challenges, which in turn will make their spaces more welcoming for diverse individuals (Strayhorn, 2012).

The first and subsequent wondrous days of camp wouldn’t be possible without all the amazing camp counselors, directors, and facility managers. The role you all play in shaping the lives of young people is both admirable and courageous. Every year, you choose to show up for others in ways that define selflessness and tenacity. You bring high energy, good character, and a big heart to spaces that are influencing future generations of leaders and doers. Because of you, camp is more than just a place you go, it is also a place you experience — and a place where a positive sense of belonging can be nurtured.

Anthony Kane, EdD, is an experienced higher education professional with almost 10 years of experience creating and sustaining inclusive campus environments. Utilizing a mix of social and emotional skills — along with substantial research on race, sense of belonging, and student experience — Anthony encourages inclusion through an authentic commitment to the whole person. Anthony has served as a consultant for a private construction firm, K-12 school systems, higher education, and community nonprofit organizations. 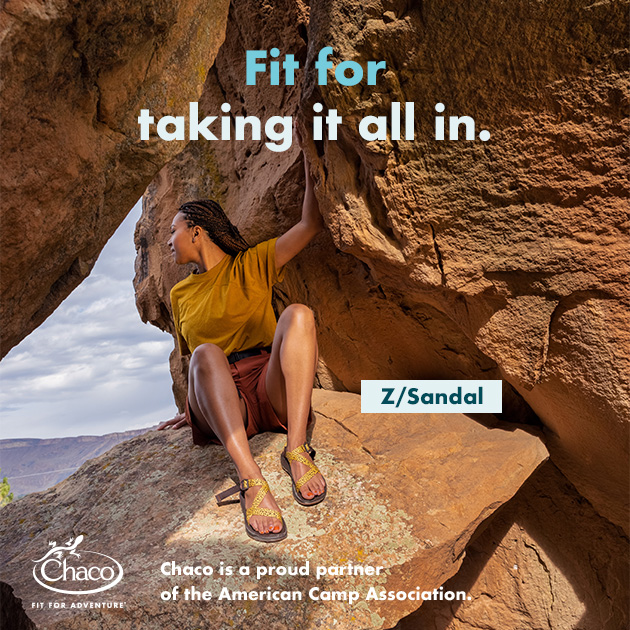 Summer Camp: Moving along the Continuum of Inclusion

The Dollar$ and Cents of Operating a Camp