Maria and Maksim work at a camp where two staff sit with their nine kids at round tables for lunch. On the first day, they explain basic table manners to their group, not because they work at an etiquette specialty camp, but because they want fewer conflicts and cleanups. Like every staff member supervising a meal, Maria and Maksim hope to minimize spills and ensure every camper gets enough to eat. So, they dutifully explain that everyone should keep their hands below the table prior to beginning the meal, keep their elbows off the table during the meal, and stay in their seats. If something is beyond reach, one camper should politely ask another to pass it, rather than stand up and reach across the table. The problem is Ilya.

Ilya rarely says “please” or “thank you,” frequently rearranges his utensils before the meal starts, and always stands and reaches for things he wants on the other side of the table. Too often, he spills his own cup or someone else’s in the process. It’s only day three, but Maria and Maksim are fed up with reminding Ilya about the rules, mopping up spilled milk, and listening to others complain that Ilya took the last piece of something without asking.

If you have an Ilya this summer, you might also get tired of repeating yourself, of cleaning preventable messes, and of kids grumbling about what’s not fair. The solution is a kind of behavior management on steroids. It takes some work up front, but nowhere near as much work as Maria and Maksim are doing now.

You might say that Maria and Maksim are already practicing behavior management. But the fact that it’s not working is a clear indicator that they are either not using behavioral principles or they are not applying them properly. Time to back up and double-check your understanding of behaviorism.

Radical behaviorists, led by Harvard University psychologist, Burrhus Frederic Skinner, championed the theory that all behaviors can be explained by:

The first factor (genes) is obvious. Without the genetic code to transform a zygote into a human or a bird or whatever, there can’t be behavior characteristic of that species. So, yes, the fact that humans can do a jumping jack, birds can fly, and they both can sing depends on their genetic endowment.

The physical environment is another obvious determiner of behavior. Humans can’t do jumping jacks in a car, birds can’t fly under water (though penguins, loons, and other birds are awesome swimmers), and neither can exist without oxygen. Of course, the physical environment not only limits some behaviors, it facilitates others. Humans have an easier time doing jumping jacks in shorts and T-shirts (compared to, say, in a suit of armor), and birds have an easier time flying lower in the atmosphere, where there is more oxygen for lift, than higher up, where the air is thinner.

Skinner said the final two factors boil down to reinforcements and punishments. A person’s life history and their present situation are always full of fascinating details, but Skinner claimed that the only details that matter — at least when it comes to explaining all observable behaviors — are the things that had reinforced or punished them. He never denied the existence of unobservable processes, such as thinking, but he said anything that isn’t a reinforcement or punishment is irrelevant to explaining behavior. (This stance earned him the “radical” moniker.)

And if we asked Maria, “Was it your choice to put on that sweatshirt? Did you do it of your own free will?” she would no doubt reply, “Of course. No one forced me to put this on.” But Skinner would say she is mistaken.

A radical behaviorist would say that the only thing that explains her having put on that gray sweatshirt is the history of reinforcements and punishments she has experienced in relation to that sweatshirt. Perhaps Maksim said, “That’s a cool sweatshirt” the last time she wore it (reinforcement). Or perhaps one of her campers said, “Your red sweatshirt clashes with your green shorts” the last time she wore it (punishment). Behavioral theory states that a reinforcement is anything that increases the likelihood a behavior will be repeated. And a punishment is anything that decreases the likelihood a behavior will be repeated. Perhaps the last time Maria wore her red sweatshirt, she was too cold, too hot, or physically uncomfortable in some other way (punishment). Or maybe when Maria wore her gray sweatshirt during yesterday’s hide-and-seek game, it offered excellent camouflage, and no one found her (reinforcement).

Unless we are forced to behave in a certain way (such as wearing a uniform at a school with a strict dress code), we frequently feel we are choosing how to behave. However, Skinner would say that feelings don’t explain our behavior; they don’t help us understand and predict behaviors. Only our history of reinforcements and punishments does that.

All scientific theories have strengths and limitations, including behavioral theory. But despite its constraints, behaviorism — looking just at relevant reinforcements and punishments to explain and predict behavior — is a robust theory that you can apply to vexing behavioral problems at camp. Which brings us back to Ilya. Let’s take a closer look at his mealtime misbehaviors and how behaviorism can help Maria and Maksim curb his actions.

Ilya usually puts his hands on the table before everyone is seated and before the camp director has made an announcement, shared an inspiring thought, offered a blessing, or otherwise welcomed everyone to start their meal. In response to this chronic misbehavior, Maria or Maksim looks at him and verbally repeats the rule: “Ilya, hands below the table, please.” Is this reminder a punishment?

If Ilya is embarrassed by being called out in front of his peers, we might be able to qualify the staff members’ reminder as a punishment, but he doesn’t appear to be uncomfortable. Not only do Maria and Maksim state the reminder kindly (which would work great for any camper who behaves this way only occasionally), but Ilya also has already been reinforced, so it’s a bit late. Wait. What? Who reinforced Ilya? He did.

Any time Ilya wants to put his hands on the table before he is supposed to, he does. The rewards are plentiful. First, he gets to break a rule. It’s a minor rule, but who doesn’t like seeing what they can get away with from time to time? Second, he gets to rearrange his place setting exactly as he wants it. And third, he gets some personal attention from the staff. All in all, not bad. Three reinforcements are happening right under the staff’s noses, one of them actually administered by the staff (giving him attention). It’s also worth noting that after breaking the rule, nothing stands in the way of his getting to repeat the behavior at the next meal. That might not be a reinforcement, strictly speaking, but it’s certainly not a punishment, because allowing his behavior to continue does nothing to decrease the likelihood that he will repeat it.

Maria and Maksim have more to learn about behaviorism.

The ABCs of Behavior Change

A straightforward way to apply behaviorism is to look at antecedents (the stuff that comes right before the behavior), the behavior itself (in detail, from different actors’ points of view), and the consequences (think narrowly here about reinforcements and punishments). An easy way to remember this sequential analysis is with the acronym ABC.

Part of effective behavior management involves some trial and error. So let’s consider some of Maria and Maksim’s options by analyzing the ABCs we have collected.

Regarding antecedents, perhaps the staff could notice that the group’s high energy on the way to the dining hall is both wonderful and likely to make all their campers more impulsive. That’s just human nature. The stronger our emotions, the less logical our thinking. Knowing this, and remembering that Ilya has struggled daily to resist the impulse to put his hands above the table before the meal, Maria or Maksim could pause with their group outside the door to the dining hall. They might even line them up for a head count.

Once assembled, one of two staff could raise a hand to quiet the group, patiently waiting until all the side conversations have abated. Then, one of them could say something like, “I’m so psyched you’ve all had an awesome morning. And there’s so much more to look forward to this afternoon. Let’s all close our eyes for a second and take a deep breath. Ready?” Staff both close their eyes and slowly inhale to encourage the campers to do the same.) “Now, hold your breath for five, four, three, two, one, and exhale slowly. Good. Now open your eyes and shake it out.” Staff shake their heads, arms, and legs to conclude this brief relaxation exercise. “Awesome. Now, raise your hand if you think you know — based on that deep breath you just took — what’s on today’s lunch menu.” Staff can entertain a couple answers. “OK, one more thing before we go in. I’d like everyone to lace their fingers together, like this [demonstrate], and keep your hands together while we walk to our table. Today, we’re going to pretend like we’re in a fancy restaurant, so stand behind your chair, fingers still laced, and one of the staff will come around to pull out your chair and tuck you in. Remember, everyone’s hands stay below the table until the director starts the meal.”

This intentional change to the antecedents beautifully accomplishes a number of things that set everyone up for success.

So often, adults think about behavior management only in terms of consequences, but as this simple example demonstrates, analyzing old antecedents and putting new ones in place is a powerful way to modify behavior. There are no guarantees that Ilya will keep his hands below the table this time, but Maria and Maksim have dramatically increased the chances he will. Whether he does or he doesn’t, there are also ways to level up the consequences, so let’s look at that piece next.

The staff have a few consequence choices:

You don’t need training to notice bad behavior. Human beings are wired to notice things around them that don’t fit their expectations. But responding to misbehavior in a way that reliably modifies it does take practice — and detailed attention to what’s working and not working. A little practice now will save you a ton of headaches later. Remember, all of your campers want to behave well. It’s just that some of them haven’t learned how to behave well, in certain ways. That’s where you come in.

Author’s Note: This article was adapted from the author’s latest book, The Unlikely Art of Parental Pressure, available online and in fine bookstores everywhere.

Christopher Thurber, PhD, is a clinical psychologist and faculty member at Phillips Exeter Academy. He created Prep4Camp.com, the only evidence-based homesickness prevention program, and co-authored the best-selling Summer Camp Handbook with Jon Malinowski, PhD. His newest book, The Unlikely Art of Parental Pressure coaches caregivers on healthy ways to set children on their unique path to success. Learn more about the work that Chris does with schools and camps on DrChrisThurber.com. 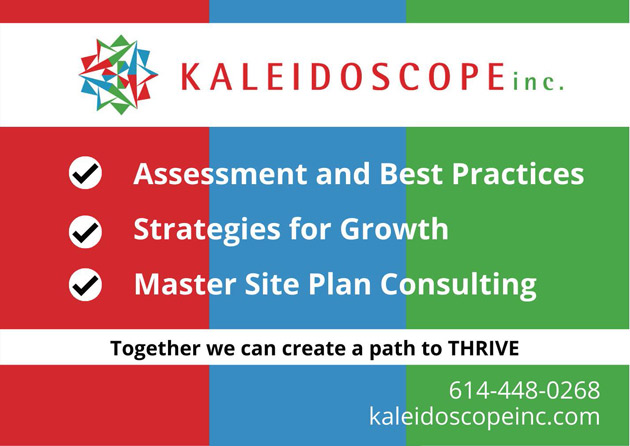 How Do Your Campers Really Feel? The Benefits of Mid-Session Evaluations