In their New York Times best-selling book An Invisible Thread, Laura Schroff and Alex Tresniowski give life to an ancient Chinese proverb that inspired the book's title. They document the story of an 11-year-old panhandler, Maurice, and a busy sales executive (author Schroff), whose unplanned stewardship of the young boy's life offers dramatic and compelling evidence of the power of connection (Schroff and Tresniowski, 2012).

Indeed, camps are all about connections — and we found one during a shuttle van ride to the Gaylord Opryland Resort & Convention Center in Nashville, Tennessee, where the American Camp Association (ACA) held its 2019 national conference. That connection, in turn, led to a tour of Brewster Day Camp (BDC) on Cape Cod in Massachusetts and threaded to the early fall of 2019 in a Q&A over coffee at the Snowy Owl, a popular local café.

At its core was the concept of intentionality, as defined by the Stanford Encyclopedia of Philosophy: "In philosophy, intentionality is the power of minds and mental states to be about, to represent, or to stand for, things, properties and states of affairs" (Jacob, 2019).

Regarding application of intentionality in summer camp settings, Melanie Gauci, MS, stated in a 2017 ACA Research 360 blog post, "Intentionality refers to purposeful, deliberate, and preplanned actions and decisions. At camp, being intentional means using resources available in your camp to positively influence campers and staff, planning programs with the goal of meeting outcomes specific to the mission and goals of the camp. Mechanisms that promote outcomes include the structure of the camp, high-quality program design, and the level of engagement of the participants. When camp professionals purposefully design camp programs, desired outcomes are more likely to occur" (Gauci, 2017).

Infused into the larger sphere of education, Michigan State University offers some examples of intentional teaching (Butcher and Pletcher, 2016). These include:

Paul Jaquiery, a middle-school teacher and a camp parent, says of intentionality, "What kids experience is still fresh and novel to them. Intentionality does not eliminate spontaneity. Rather, it favors lasting meaning. Acting with intent also reassures counselors and teachers that their work will resonate with the children. It builds consensus in a staff or faculty that their efforts can resonate with campers and students, and in the best case, participants emerge from these experiences a bit more certain of themselves. They are more able to make great decisions."

Stephen: During my visit to Brewster Day Camp, I was struck by the intentional nature of your programs and staff.

Dan: In comparing ourselves to other programs, such as purely recreational ones, we realize that we are educators, not childcare workers.

Dan: At BDC, each activity has a Progressive Learning Action Plan (PLAP). This process actually begins during the hiring process when we provide a foundation for each area of our community and empower new staff to bring with them their own unique approaches to teaching and mentoring. To elicit that, we ask in interviews, "What is your vision for the role?" In that way we create space for people to engage with their own passion and use what they are learning outside of camp in their program areas.

Stephen: Can you provide some examples from your program?

Dan: We try to weave our intentional goals for campers into just about every experience they will have. An example of that is our eCOD Program (ecology of Cape Cod), the essence of which can be found in multiple areas, such as art, where the instructor might encourage creating images depicting the beauty of nature, or the Marine Science Program, teaching about the migration of horseshoe crabs.

Dan: For us, the motto is all about social-emotional learning. In other words, helping campers learn about, understand, manage, and share their emotional states. Another key goal is teaching children about empathy and kindness.

Stephen: Can you offer any examples of additional positive programming taking place at BDC?

Dan: We're particularly proud of our Leap In Program, which encourages campers of all ages to explore, play, and learn. For older campers, we also have a Leap Out Program that sends kids into the community for additional learning and playing opportunities.

In addition, we feature a STAR Program, combining song, theater, art, and rhythm through which campers present musicals and weekly plays while also learning about writing, costume making, and set design and building.

Other programs include a Field Sports Program, which is a fairly traditional form of competitive sports, including introductory methods of teaching skills, such as how to kick a ball or swing a bat, and the development of rules. The hard skills are taught in the context of lessons on sportsmanship.

Our MUGS Program is Mixed Up Games, where campers take a preexisting activity and tweak the rules or combine it with another game to see what happens. This offers kids the opportunity to use their creative selves in competitive sports and to learn how to fight through adversity.

In short, BDC injects its mission and motto into every program, including archery, boating, sailing, and swimming — stressing communication and teamwork.

Of course, in any community — or relationship — conflicts can arise. It is not the conflict itself that is important; it's how the conflicting parties resolve it. At BDC, they utilize a "Formula for Clear Communication," focusing on facts, feeling, perception, and intention (FFPI). For example, if a camper feels uncomfortable about another camper throwing sticks, it's likely not the sticks themselves that cause the discomfort, it's the intent behind the behavior of throwing them. It is essential to model for kids how to have such conversations and to explore another's perspective.

A deeper dive on learning conflict-resolution skills, partially excerpted from my book IMPACT: An Introduction to Counseling, Mentoring, and Youth Development, follows:

Exporting the Concept of Intentionality to Other Camps

In many ways, camp, for children, is a microcosm of life: figuring out who they are; forging an identity to call their own; connecting with people of all ages, including peers and mentors; moving forward, backward, and then forward again; and realizing all of this is part of the dance that is human development. As Kevin Arnold (Fred Savage) famously said in the hit show The Wonder Years, "Maybe we both already felt we'd come too far too fast. Maybe we both realized that growing up doesn't have to be so much a straight line as a series of advances and retreats" (Kaye, 2014).

A camper, 15-year-old Peter, once explained to us, "When I started camp, I didn't understand the impact it would have on how I would turn out as a person. I just viewed it as a place to meet new people, blow off some steam, and relax before school started. It is just so much more than that. Camp has widened my views on almost everything. It is safe to say that my own personal identity is largely based in my camp experience. Camp has been an important tool in helping me form the image that I present. Without it, I would be much less confident and even less intelligent. Camp helped me to grow and mature. It truly is a place where you can be yourself. I, like so many others, have become who I really am at the magical place that is camp."

The Magic of an Afterglow

Cape Cod is known for its spectacular sunsets and their "afterglow," literally. Afterglows are also metaphorical, involving reflections on life lessons learned and relationships earned. Or as the dictionary defines it, when there "is a pleasant effect or feeling that lingers after something is done, experienced, or achieved" (Merriam-Webster, 2020).

It is in that spirit that we add "Love" to Courage, Hope, Good Spirit, and Peace. Why? Because children learn best when understood and loved unconditionally by those they look up to.

Former Tufts University psychology professor Lonnie Carton, PhD, exhorted a sea of counselors at a staff orientation assembly to "Help kids to feel lovable and capable. That is your job, your mission." While doing so requires a "relational" (rather than "transactional") approach to camp counseling and directing, it represents the most salient tool in our child development toolbox, clearly on display at Brewster Day Camp — the intentional thread that weaves communities and people together and makes them whole.

Stephen Gray Wallace, MS Ed, is an associate research professor and president and director at the Center for Adolescent Research and Education (CARE), a national collaborative of institutions and organizations committed to increasing favorable youth outcomes and reducing risk. He is a consultant to camps on staff training, teen leadership programming, outcomes measurement, and succession planning. He has broad experience as a camp director, school psychologist, and adolescent/family counselor. Stephen is a member of the professional development faculty at the American Academy of Family Physicians and American Camp Association and a parenting expert at kidsinthehouse.com, NBC News Learn, and WebMD. He is also an expert partner at RANE (Risk Assistance Network & Exchange) and was national chairman and chief executive officer at SADD for more than 15 years. Stephen is author of the books Reality Gap and IMPACT. Additional information about Stephen's work can be found at StephenGrayWallace.com.

Dan Michel is director of Brewster Day Camp in Brewster, Massachusetts. He has a demonstrated history of working in the education management industry and is skilled at public speaking, management, training, and leadership. Dan is a community and social services professional with a bachelor's degree, focused on Government, from Franklin & Marshall College. More information about Dan and Brewster Day Camp can be found at BrewsterDayCamp.com. 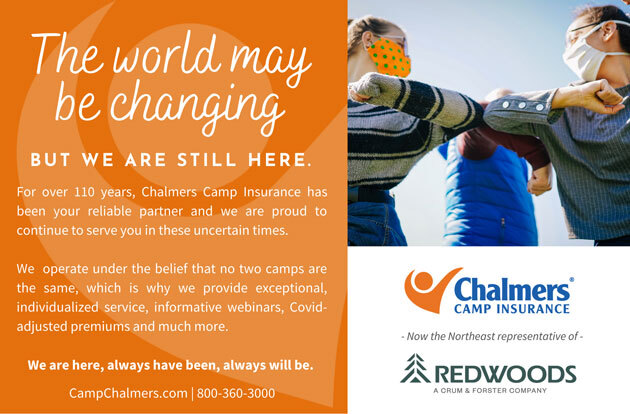 Summer of the Toad