Did you know you’re walking around with a set of lenses that uniquely shape your understanding of the world? Implicit bias is the idea that we view the world through lenses that have been formed by all of our experiences from the time we were born up to today. This includes the way we were raised, our values, our family history, our education, and even our camp experiences. No two people see things the same way — we each have our own lenses.

Bias is the way our brains are wired to quickly process the information around us, based on previous experiences. If we had to consciously process everything as if it were a new experience every time, we would not have survived as a species. Bias is what allows us to operate on autopilot, lets us fill in the blanks very quickly to make sense of information, and gravitate toward the familiar without expending a lot of time or energy. Our brains need to make decisions quickly, and biases let our brains form shortcuts in our neural pathways to speed up our understanding of information.

Did you want to say “shop”? Your neural pathways were very quickly reprogrammed by repeating a word several times. Your selection of a word that rhymed was your implicit bias responding to the fact that shop and stop rhyme. It is really tough to stop these reactions! What you can do is slow down your actions until you have had enough time to check your assumptions. This phenomenon is not your fault, but it is something you should be aware of.

Here’s something else to try. Read the following out loud to yourself:

Did you read every word in each triangle?

Ultimately, our brains want to make sense of information, so sometimes there is a disconnect between what people see and what they think they see. How might this impact the way we interact with one another? Just like we may not notice the duplicate words in these triangles, we assume certain things about people based on small amounts of information. (For instance, we may assume a person’s gender identity based on their gender expression, we assume someone’s class based on the color of their skin, etc.). This is how our brains work; there is nothing to be embarrassed about, but we should work to become more aware of our biases.

You might be thinking, “So what’s the problem with implicit bias if it’s just the way my brain is wired?” Bias can become dangerous when it goes unexamined and impacts people around us. Or to put it differently, bias becomes dangerous when it means we’re treating people unfairly based on our perceptions of their identities. Let’s talk about how bias relates to people and camps.

Six types of bias often affect us at camp:

Biases lead to stereotypes (how we expect a member of a group to have certain characteristics without having actual information about that individual) and other negative actions. While you’re not responsible for your first thought, you are responsible for your next action.

So how do we get better at dealing with our biases?

Become self-aware. Regularly reflect on your decisions and assess yourself kindly and honestly. Did you make that decision based on your preconceptions, or did you use facts or perceptions that were at odds with your beliefs? Practice mindfulness that encourages you to think about your thinking. Everyone experiences automatic thoughts and images. Be cognizant of these occurrences and challenge them. If you find yourself thinking that someone is behaving in a way that is stereotypical of their group, think about other factors that might be influencing their behavior. For example, is anxiety about being in a new situation at camp leading a camper to behave in a way that is not as outgoing as you’d expect?

Become aware of when biases are likely to emerge at camp and when individuals are at risk of taking action on their biases.

Reduce your exhaustion and fatigue. Not getting enough rest and working hard reduces your ability to make thoughtful decisions and work to overcome biases in your actions. Of course, your camp nurse will be happy too, because rested staff are less likely to get sick or injured.

Ten Helpful Phrases You Can Use to Respond to Bias

As you think about the lenses through which you make sense of the world, consider the potential impacts of acting on what you know to be “true.” We owe it to our campers and our camp communities to be vigilant and careful with our lenses.

Ann Gillard, PhD, has worked in youth development and camps for more than 25 years as a staff member, volunteer, evaluator, and researcher. 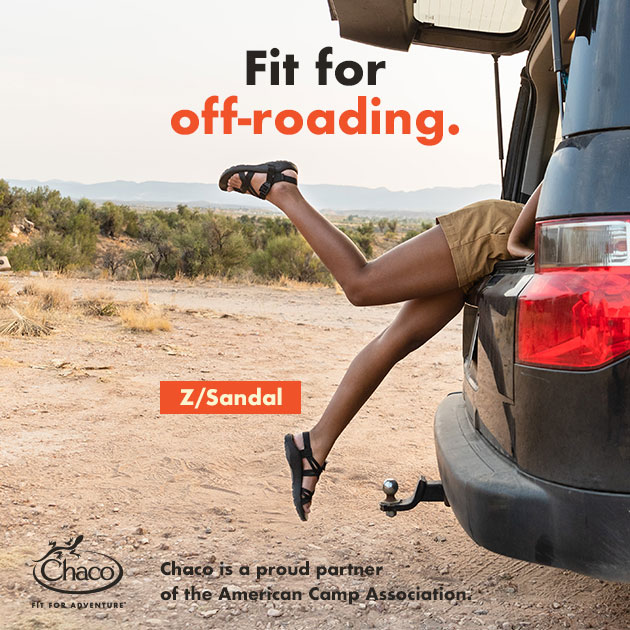 We Are Learning Together: Taking Steps Away from Native Cultural Appropriation