Are boys in crisis? Popular literature (Raising Cain, Lost Boys, Boys and Sex) and theater (Dear Evan Hansen) seem to suggest so. Terms such as “boy code” and “toxic masculinity” further paint a path to what famed developmental psychologist Eric Erikson would refer to as an identity crisis.

While the identity formation process may seem to be shrouded in mystery, it can actually be explained fairly simply.

Erikson’s theory explores lifespan development through the psychosocial lens. The theory offers a means of evaluating personality development through a series of tensions that arise during eight developmental stages from infancy through late adulthood. Successful mastery of each stage leads to a sense of identity and ego integrity, while failure to master a stage may reappear as dysfunction or psychopathology later in life. With parallels to Freud’s stages of development, Erikson’s theory captures the interplay between an individual’s experiences with peers, caregivers and greater society with an individual’s development (Gross, 2020).

Erikson’s fifth stage of psychosocial development, Identity vs. Role Confusion, captures the challenges facing young people ages 12 to 18. Answering the pivotal question “Who am I?” remains one of the more elusive goals of adolescence (Cherry, 2021).

But summer camp can help!

In my November 2017 Camping Magazine article, “Adolescence, Identity, and Summer Camp,” I wrote:

Young people actively search for a sense of self and personal identity, looking to peers, near-peers, and adults for examples of personal values, beliefs, and goals — with an eye toward figuring out who they are, who they want to be, and how best to get there. Ethics and morality are also key ingredients of successfully navigating what Erikson referred to as a "moratorium" during which youth consider their future selves through a variety of lenses: social, emotional, gender, sexual, spiritual, and vocational . . . .

Many kids at camp point to the freedom to "be myself" in such experiential learning environments and to their subsequent ability to more confidently and successfully transport that "self" back to home and school (Wallace, 2017).

In a series of in-depth interviews with the Center for Adolescent Research and Education (CARE), boys ages 17–19 spoke to the concept of being more of their real selves at camp.

Michael, 18, who defines himself as goofy and short on attention, told me, “At camp there’s a whole group of new people with differing demographics. There’s more acceptance and less judgment. Kids are more logical and level-headed.”

Christian, 17, said he’s “reserved but compassionate,” and reported, “Camp is less competitive and more about just helping each other out.”

Nathan, 19, sees himself as “very easy going, friendly, and nonjudgmental,” and said, “At camp I am much more myself. I felt more accepted. I was having fun, so I was much happier. But I still struggle with who I am at the core and don’t know what I want to do.”

Topher, 18, presents as outgoing and interested in getting to know other people. “There’s less stress at camp,” he said, “and kids are more relaxed and genuine.”

Cody, 19, told us, “At camp I could really be my true self. With no phones allowed, you can make a real connection with the people you meet.”

Uniformly, the boys rated themselves as doing better with relationships, diet, exercise, and sleep while at camp and were significantly less likely to report experiencing stress, anxiety, and depression while there.

Marty Rochlin noted similar gains in his article “Why Send Your Son to an All-Boys’ Summer Camp?” Specifically, he cited six reasons.

On that last point, he said, “At co-ed camps, compromises are sometimes made between what is best for the girls in the camp and what’s best for the boys. At single-gender camps, the whole experience is focused on what boys really need. Surrounded by peers and male role models, boys can feel a powerful sense of belonging at an all-boys’ camp that can be weakened when they’re distracted by girls.

“A boys-only camp can impact . . . your son inside and out. From their internal sense of self to lifelong friendships, from discovering new abilities to gaining strong role models, an all-boys’ summer camp can change your son’s life” (Rochlin, 2017).

Newport Academy, a for-profit therapy program for adolescents with mental health or addiction issues, reminds us that teens need rules, independence, and structure. Sounds like summer camp to me.

Newport says, “The adolescent years can be difficult for both parents and children, as teens fight to develop more independence, while parents struggle to set appropriate teen boundaries. As much as teens crave autonomy, however, the areas of the brain responsible for executive functioning are the last to develop fully — which is why teens tend to have low impulse control and less ability to consider the possible consequences of their behavior.

“Additionally, many teens with mental health disorders suffer from a deficit in executive function, which is why teens need rules and boundaries during these important years. The challenge for parents and guardians becomes how to set rules for teens and help them to follow those rules while still fostering independence” (Newport Academy, 2021).

Of course, camp also plays an important role in helping youth develop resilience, something that seems to be in decline, according to recent research from CARE and Total Brain, a mental health and brain performance self-monitoring and self-care platform. The study, which included 1,000 randomly selected students ages 13–22 from across the US, revealed that students are struggling with resilience, falling 17 percentile points below average (Total Brain, 2019).

So, what’s the link between camp and resilience? In his article “Camps Help Make Children Resilient,” Michael Ungar, PhD, said, “When it comes to resilience, nurture trumps nature. Camps, like good schools and loving families, immunize children against adversity by giving them manageable amounts of stress and the supports they need to learn how to cope effectively and in ways that are adaptive” (Ungar, 2012).

Of course, children also learn to be resilient at home. Lizzy Francis, in her article “Resilient Kids Come From Parents Who Do These 8 Things,” said, “When you’re a kid, everything is a tragedy. Your grilled cheese has the crust on? The horror. Can’t assemble that LEGO set? Might as well stomp up and down. You can’t change this. What you can do, however, is arm your kid with the techniques that teach them how to bounce back from their daily struggles so that, later on in life, when the stakes are higher, they know what to do” (Francis, 2018).

According to Francis, parents of resilient kids do the following:

Last but not least, summer camps can help children feel loveable and capable, or so said psychologist and former Tufts University professor Lonnie Carton when she spoke to a group of rather green camp staff during an orientation address. Key to attaining that goal is an intentional process of practicing relational counseling (building relationships) rather than a more transactional approach some may use. Being relational, above all else, mandates being “present” in the lives of campers.

Presence is a fundamental building block of all meaningful human connections. Nowhere has this powerful construct been better articulated than by Debbie Hall in “The Power of Presence” (Hall, 2005).

Presence is a noun, not a verb; it is a state of being, not doing. States of being are not highly valued in a culture which places a high priority on doing. Yet, true presence or “being with” another person carries with it a silent power — to bear witness to a passage, to help carry an emotional burden, or to begin a healing process. In it, there is an intimate connection with another that is perhaps too seldom felt in a society that strives for ever-faster “connectivity.” . . . With therapy clients, I am still pulled by the need to do more than be, yet repeatedly struck by the healing power of connection created by being fully there in the quiet understanding of another. In it, none of us are truly alone.

The power of presence is not a one-way street, not only something we give to others. It always changes me, and always for the better.

Implicit in Hall’s essay are the concepts of risk and reward. What does that mean? Simply that forging strong, meaningful connections with young people requires taking (positive) risks, opening up, sharing oneself and remaining open and receptive to attitudes — even behaviors — that may make us somewhat uncomfortable.

Which brings us back to our camp boys, who offer the following advice for working with them at camp:

Out of the mouths of babes — lost boys finding their way at summer camp.

Stephen Gray Wallace, MS Ed, is a doctoral candidate in the Institute for Ethical Leadership at St. Thomas University in Miami, Florida. He is also an associate research professor and president and director of the Center for Adolescent Research and Education (CARE). Stephen has broad experience as a camp director and school psychologist. He is a member of the professional development faculties at the American Academy of Family Physicians and American Camp Association and a parenting expert at kidsinthehouse.com, NBC News Learn, and WebMD. He is also an expert partner at RANE (Risk Assistance Network & Exchange) and was national chairman and chief executive officer at SADD for 16 years. Stephen is an award-winning writer and author of the books Reality Gap and IMPACT. Additional information about Stephen’s work can be found at StephenGrayWallace.com. 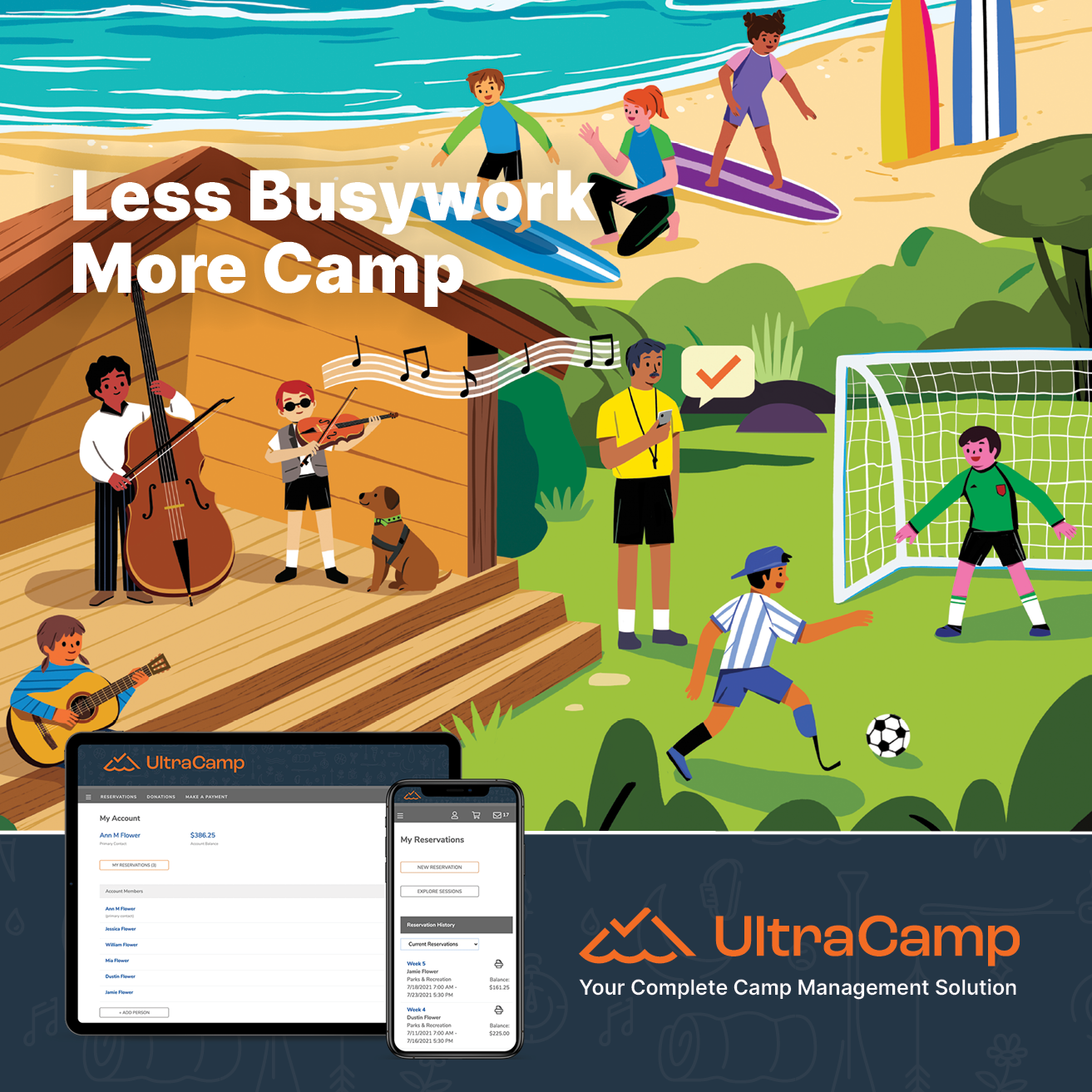 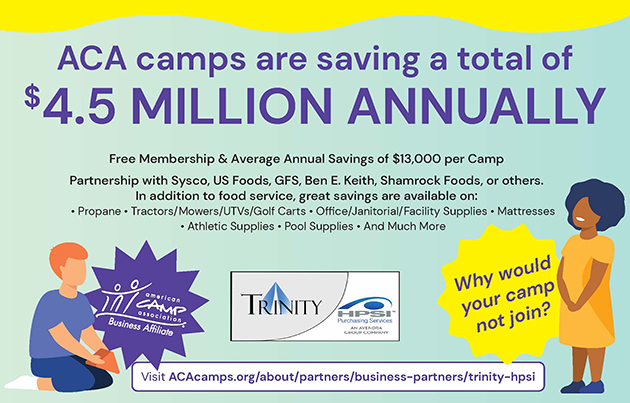 What I Did on My Summer Vacation

Kids Do Dumb Stuff: The Hidden Treasure of Accidental Learning