“First and foremost, community is not a place, a building, or an organization; nor is it an exchange of information over the internet. Community is both a feeling and a set of relationships among people. Members of a community have a sense of trust, belonging, safety, and caring for each other.”
(Chavis & Lee, 2015)

I love this definition! It really sets the stage for our work. Everything we do and every decision we make should always be within the context of building our sense of community. And singing together may be the single most-important activity for creating that sense of community at camp.

Anytime we talk about changing or excluding songs, we enter dangerous waters, teetering on the edge of censorship. Yet songs can become outdated or include words and concepts that are hurtful. Ignoring this is destructive to the trust, belonging, safety, and caring that Chavis and Lee address. It is all the more important, then, that we think about our community, the people, and the values we treasure. Our songs can and should support our camp values. When we’ve determined that a song doesn’t do that, we need to ask ourselves, “What is the impact of keeping, changing, or discarding a song on our campers, staff, and families?”

For more information on the process of evaluating your camp’s song collection and rethinking the inclusion of songs that have meanings or histories that may now be recognized as undermining (if not actually contradicting) camp values, refer to the tool kit and resources provided in “What’s Wrong with This Song? We Love It and Have Been Singing It Forever!” in the September/October 2021 issue of Camping Magazine (Breger, 2021).

You might think of the appropriateness of songs as falling on a continuum. Can the issues be resolved by changing some of the words? Is the content so egregious that the entire song must be removed? Or is there some middle ground? Once you make the determination, how do you talk about the changes with your community? Can they be mentioned briefly in passing, or do they require a lengthy conversation (or many conversations)?

The following are three examples of exploring song issues with your community, making decisions about revising or removing songs, and then sharing those decisions with the campers.

“Leatherwing Bat” is an old song with many versions dating back hundreds of years, and one of my absolute favorites. It features the literary device of having birds (and the bat of the title) express human emotions — in this case, lost love. It also has a terrific chorus and is simply wonderful and fun to sing. But the singer in every verse is male and refers to females as “saucy wenches.”

Back in the 1960s and 70s, as we became more aware of sexist language and attitudes, it became increasingly difficult for me to sing the song, which broke my heart. I turned to a few colleagues and friends, who understood my dilemma. Together we made a number of relatively minor, yet significant, changes to the words. We replaced “saucy” with “fickle,” and “wench” with “maiden.” And we alternated voices, so that both the male and female singers experienced the lost love. Here are the revised lyrics:

Although it seemed challenging at the time, it was fairly easily modified and required little or no discussion with kids. 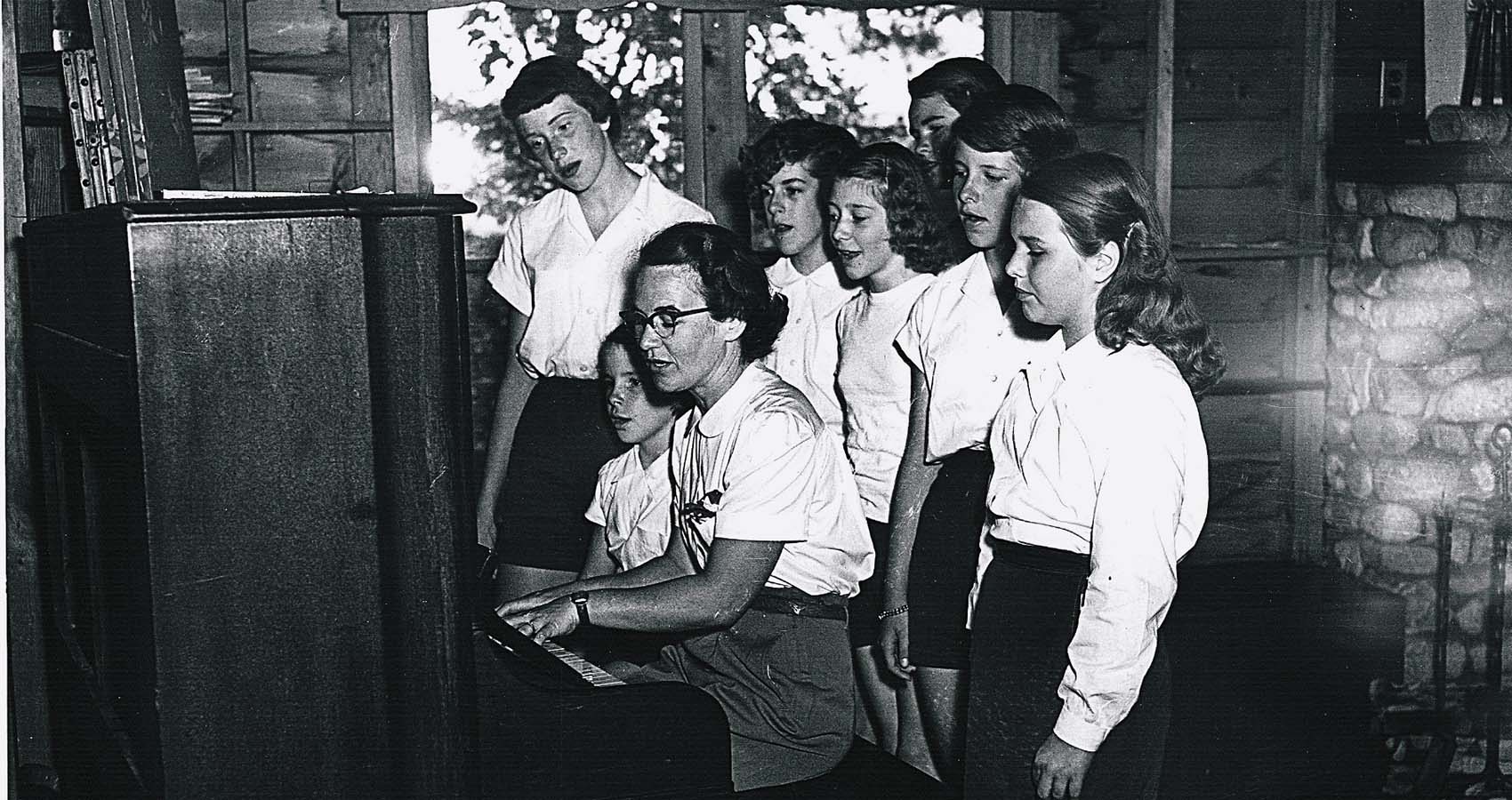 “Little Cabin in the Wood”

“Little Cabin in the Wood” is another old song that has many versions. I mostly sang the song in camp and never gave much thought to the words:

Little cabin in the wood
Little man by the window stood
Saw a rabbit hopping by
Frightened as could be
Help me! Help me! Help me! he said
‘Ere the hunter shoot me dead
Come little rabbit, come inside
Safely you may hide

Then I was leading singing at a preschool that was founded on the Quaker values of peace and nonviolence when one of the teachers suddenly objected to the “shoot me dead” part. This led to several meetings and discussions to see what could be done. Should we eliminate the song? Should we modify the words? Aside from the offending words, it was a fun song to sing with silly hand motions. After some thorough and often heated discussions, we decided to modify the words. But to what? One suggestion was:

That solved one problem but raised another thorny issue — being captured. Too difficult to explain to preschoolers. And the idea of hiding didn’t sit well with some of the teachers either. By this time, a number of parents had joined the discussions. They absolutely did not like “capture” or “hiding.” Finally, we hit upon “catches me” rather than “captures me.”

What was interesting was that, despite genuine concerns and strong feelings about some of the words, no one suggested dropping the song. After more discussion and debate, we came up with “Come little rabbit, come with me… Happy we will be.” No capturing, no hiding. We all were so pleased with ourselves and the final wording:

Little cabin in the wood
Little man by the window stood
Saw a rabbit hopping by
Frightened as could be
Help me! Help me! Help me! said he
‘Ere the hunter catches me
Come little rabbit, come with me
Happy we will be

But then how were we going to explain to the children the changes we had made? Together we decided that less was more. So we said that we didn’t like it that the hunter was shooting the rabbit, especially in our community that didn’t allow “gun play,” and that it might be more fun to save the rabbit and keep it safe and happy. We watched carefully for disagreement or distress (sometimes young children show rather than tell an emotion or reaction). I’ve sung “Little Cabin in the Wood” our “new” way ever since — in many preschools and camps — with no controversy.

This old song is found in camp songbooks and repertoires all over the country. It has many verses, each one sillier and more ridiculous than the last. It always fascinates me to think about how verses come to be and how they spread and last. I had sung this song for years, never thinking about the words; just enjoying the silliness and the fun of the chorus. Then one day it hit me that the verse about the butcher was unacceptable — in fact, the complete antithesis of our values as a community.

I wasn’t quite sure what I’d say to the fourth-graders I was singing with, who loved the song. I just knew I couldn’t sing it anymore. The next time we sang it, I simply skipped the verse. Naturally, the kids asked for it. I decided to put the question back to them and had them say the words slowly. So often we go on automatic pilot when singing an old, favorite song and don’t think about the content or meaning. Out of the context of the silliness, they heard the seriousness of the meaning and agreed that the verse was not funny, and that they didn’t want to sing it anymore.

Years later, I was visiting a camp and heard their version of the song, which included a new-to-me verse about the FBI.

While not quite so egregious as the previous verse, I was startled and, I must admit, offended by it. It was a reference to the McCarthy era, when the FBI relied on informants to “root out” Communists. While it may seem like innocent fun now, many people grew up in the giant shadow of the FBI snooping around and swooping down on their families. And many lives and livelihoods were ruined, which makes the verse unacceptable in a community that cares about its members.

But the most egregious part of this silly song is the chorus. On the surface, it is a variation of many counting and choosing rhymes.

This is the choosing rhyme, counting on fists, that I first learned as a child:

Eeny meeny miny mo
Catch a tiger by the toe
If he hollers, make him pay
Fifty dollars every day
My mother told me to choose the very best one
Out goes y-o-u

Catching a tiger seems innocent enough. However, a little research reveals that “tiger” is likely a substitute for the N-word, a derogatory term used to refer to Black people. The rhyme itself can be traced back hundreds of years to the British Isles, but references to the N-word appear only in versions found in the United States. (Wikipedia, 2022). For many of us, the N-word is one of the most loaded words in the language, even in a glancing reference. The emotional impact and institutional memory it represents are profoundly important and disturbing, especially for our Black families. I think the whole song should be removed from the repertoire. It has no place in a caring community.

Revisiting our song collections can dig up old memories that are cherished along with wounds that remain painful. At the same time, it affords us the opportunity to make changes that support our values. Coretta Scott King said, “The greatness of a community is most accurately measured by the compassionate actions of its members.” We want songs that bring us together and that are fun and wonderful to sing because they support and strengthen our community.

The author’s book, Singing Together: How to Teach Songs and Lead Singing in Camps and Schools, Second Edition, will be available in the ACA online bookstore soon.

Jacki Breger is a veteran song leader in camp, school, and concert settings, and has been a camp counselor/song leader and director in both day and resident camps. She is a seasoned workshop presenter at local, regional, and national conferences. She hosted a radio program for kids about folk and classical music, has produced five albums of songs for children, and authored a book on how to teach songs and lead singing. She was featured on the ACA CampWire Podcast #21 on camp singing, and she has written and presented workshops about antibias curriculum for schools and singing programs. 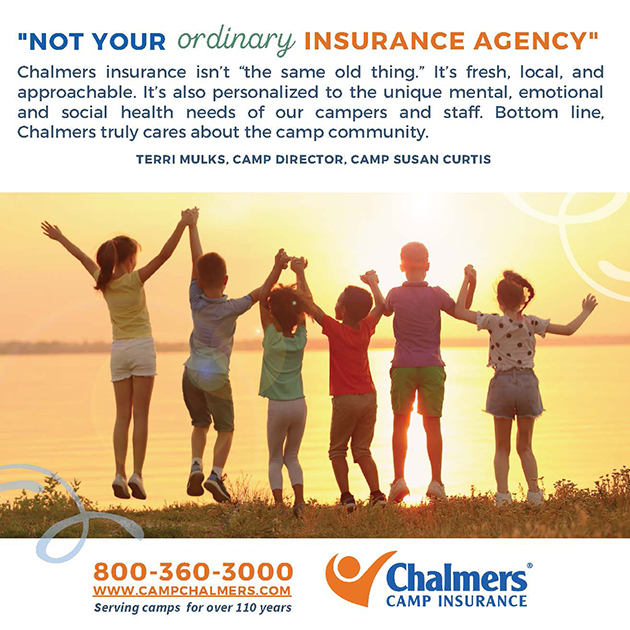 From Peg: Are We Capable of Courageous Conversations?

Parachute Pants, Pokemon, and iPods: Understanding Your Campers at Various Ages and Stages