Years ago, I submitted an application to speak at an American Camp Association (ACA) conference on “abuse prevention.” When asked to categorize the track within which my proposed session belonged, I immediately checked “leadership development.” Prior to submitting the session proposal, a colleague shared that my session didn’t belong in the leadership development category, but rather in the “risk mitigation” one. “Abuse prevention training,” they explained, “is only about mitigating the risk of abuse at camp. Camps don’t want that liability — and they do not want to be sued.”

That statement struck me and to this day, I disagree. At that time, I had recently transitioned from being a sex crimes and child abuse prosecutor to a role in the private sector focused on abuse investigations and preventative training for schools, camps, and youth organizations across the country, but I was also a “camp person.” A real camp person. Someone who was raised a staff kid, worked multiple positions in multiple camps, met my spouse at camp, went back as an adult staff member during a maternity leave, and my discomfort with the delineation of where abuse prevention work belonged struck at my core.

Camp training is so much more to staff and campers than mitigating risk. Camp is an incubator of leaders, multitaskers, and creative thinkers. I remember thinking, “what if we could shift the way we approach sexual abuse, abuse, and harassment prevention in camps? What if, instead of a check-the-box training of what staff can’t do, we designed the training to focus on what they can do and to inspire action to create safe spaces during the summer and beyond? What if the training was a vehicle for something more?”

On the surface, risk mitigation makes sense. Camps should want to ensure that they mitigate the possibility of abuse occurring in their space and to their campers. But categorizing abuse prevention through that lens — and that lens only — makes prevention a defensive measure. It helps camps learn to stop potential abuse and abusers for that summer . . . but what happens when those staff members leave camp? Have the trainings and lessons learned about creating safe spaces for kids and their colleagues resonated in a way where no matter what future space they find themselves in, the value of abuse prevention follows them and they will lead by example? Have they only learned to report the list of things they know you can’t do, or have they learned to understand the macro causes of unsafe behavior and how to speak up even when their observations do not comfortably fit onto that list of “don’ts”? Are we creating a reactive culture where staff report, or are we creating a proactive culture where staff prevent, report, intervene, and take pride and ownership from their impact?

Effective training sends a message to a perpetrator that they will not get away with blurring boundaries, grooming behavior, or any form of abuse, harassment, or toxicity, but it also holds each and every person responsible for cultivating that safe environment anywhere they are.

Camp and leadership are synonymous. The institution of camp relies on leaders to help it function and to create lasting memories. If we shift our approach on abuse prevention in camp away from compliance requirements and begin to weave in themes of accountability and social and emotional strength, then we’ve suddenly unlocked an extremely meaningful leadership development opportunity. Instead of talking at them, reading through the scary list of what they cannot do, such as “don’t be alone with a camper,” and “don’t tell a camper about your sex life,” or “don’t ask a camper to keep a secret,” we can facilitate conversations with them and discuss the “why” behind these boundaries. By including them in the discussion of exploring the “why” and providing them with the opportunity to lead and build a safe space for themselves and their campers, the training will resonate, and impactful change will result.

People who work at camp can appreciate the character, confidence, and memories it builds not only for campers, but for staff members as well. The multi dimensions of a healthy summer camp — and the leadership traits it cultivates — are unquantifiable. I believe that anyone who has been a counselor at a sleepaway camp can succeed in almost any job. There is no other environment where one learns how to multitask, keep 15+ kids alive, and use every ounce of creativity, strength, and patience. If you can succeed as a counselor, you have a head start.

If we purposefully develop our staff as leaders who understand the “why” behind abuse prevention and encourage them to rise, change will happen. Risk mitigation doesn’t change a culture. Checking the box doesn’t move the dial. Incubating and educating an amazing generation of staff does.

Our camps are the places where changemakers rise and thrive. Our camps create generations of leaders and thinkers and those people, guided by camp ethos, can be inspired to cultivate healthy relationships and safe spaces everywhere they go. To speak up, to intervene, and to make a cultural shift. It is a powerful moment to effect long lasting change — and it can be done because of camp. 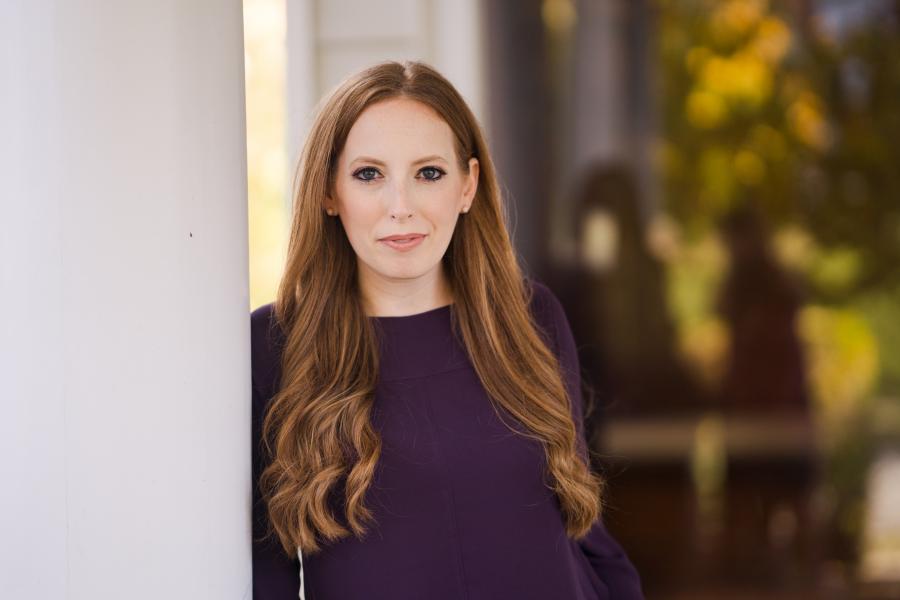 Rahel Bayar, CEO of The Bayar Group (thebayargroup.com) is a former sex crimes and child abuse prosecutor who has worked in the field of sexual misconduct and abuse prevention for over a decade. She built her career on creating safe spaces and facilitating change in workplaces globally.  As a prosecutor, Rahel was responsible for the prosecution and investigation of hundreds of sex crimes, child abuse, and domestic violence cases including high-profile rape cases. As a consultant, Rahel developed and delivered customized interactive workshops, lectures and trainings across the country to diverse workplaces.  She is a sought after and widely renowned speaker for her engaging workshops on the topics of sexual misconduct, abuse prevention & detection, safe social media and electronic communication practices, boundary guidelines, and consent.  Rahel has piloted leadership training and child safety best practices training at multiple summer camps across the US & Canada and is a consultant to many camp directors.  Ms. Bayar is the author of a curriculum on teaching abuse prevention in specific faith-based communities and has been featured on webinars for camps, schools and parents on preventing sexual abuse of children.  She serves on multiple faith based child protection committees, on the advisory council of Ta’amod: Transforming Jewish Workplaces, has co-authored articles on sexual abuse and was recognized by The Jewish Week 36 Under 36 in 2017 for her activism and efforts towards preventing sexual misconduct and abuse, particularly against children. Rahel is a Phi Beta Kappa graduate of Rutgers University and received her Juris Doctorate from Seton Hall University School of Law.

Straight from the Horse's Mouth: What University Students Have to Say about Working at Camp

How to Avoid Your Master Plan Gathering Dust

Camp Booking Trends to Know for 2023: Insights from Industry Data