With spring officially sprung and summer just around the corner, it’s hard to believe another camp season is nearly upon us! In an effort to try and gain some insight into enrollment and staffing trends for the upcoming summer, we recently sent out our annual enrollment snapshot survey. However, knowing that 2020 was a unique year, we asked respondents to think back and compare current enrollment and staffing trends to 2019, prior to the onset of the COVID-19 pandemic. 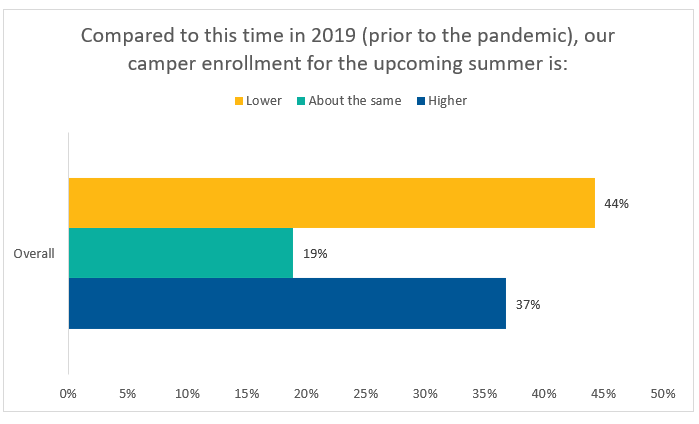 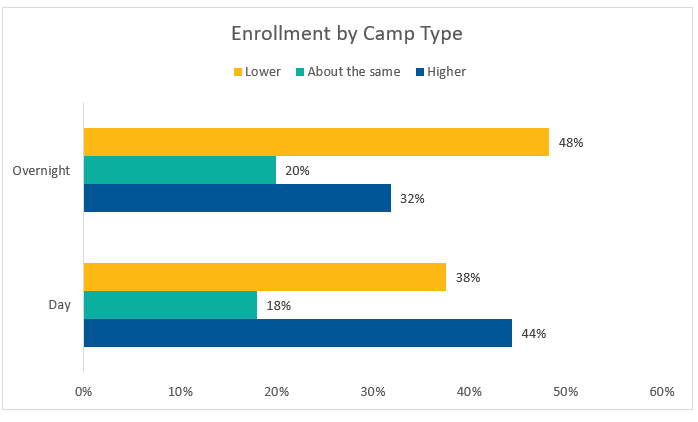 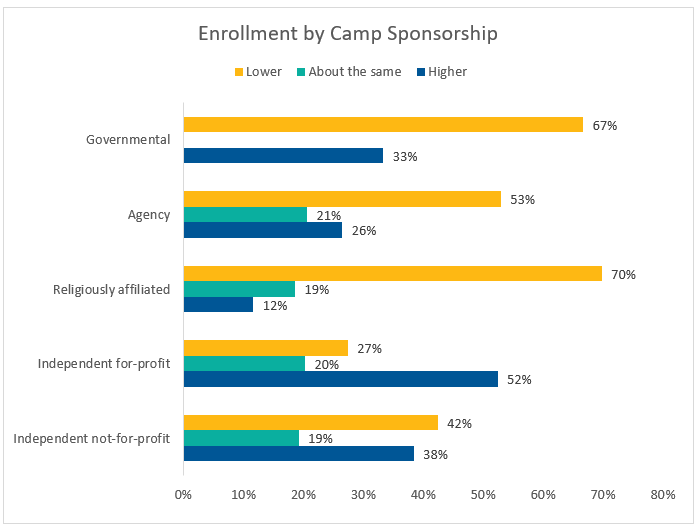 We also asked several questions to learn more about enrollment trends across various camper demographics, including age categories, race/ethnicity, income categories, campers with special needs, international campers, and camper history (percentages represent the total number of survey respondents who indicated, lower, about the same, or higher), all of which are detailed in the chart below. 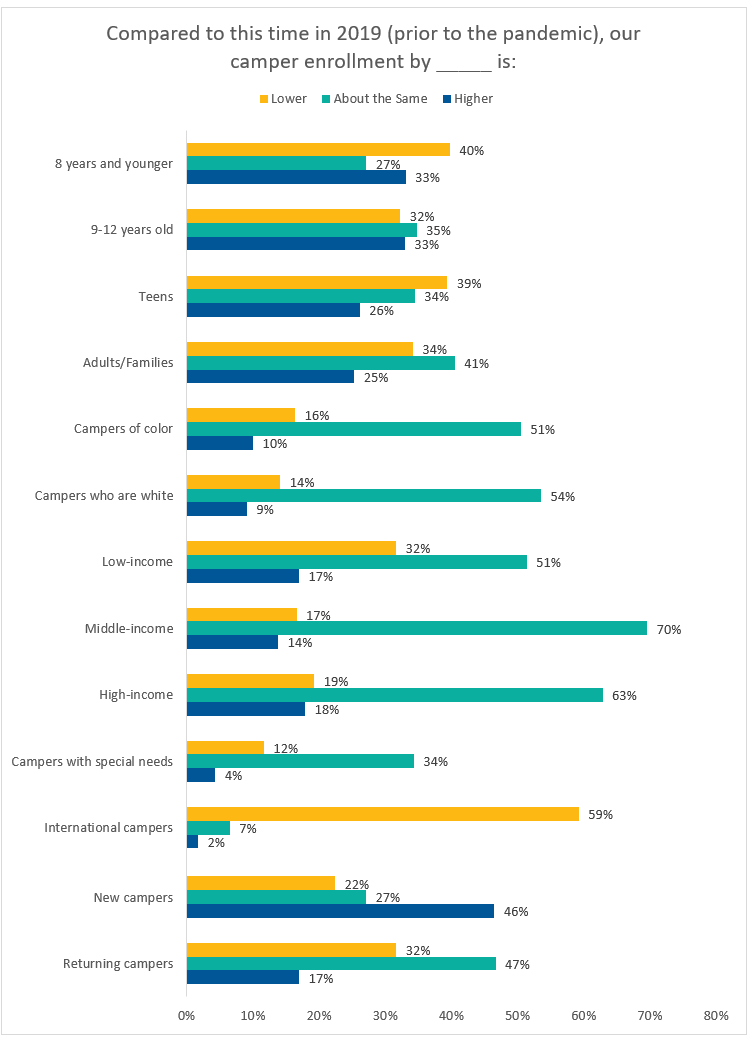 In 2019, as part of our camp business operations research agenda, we shared results from the 2019 Staff, Compensation and Benefits Report, which included hiring numbers in far greater detail than we could explore in this snapshot survey. Some of that same information was also shared in the more recent CampCounts 2020 Report. Still, to get a sense of hiring for summer 2021, we asked respondents to this survey to share the current status of their staff hiring. 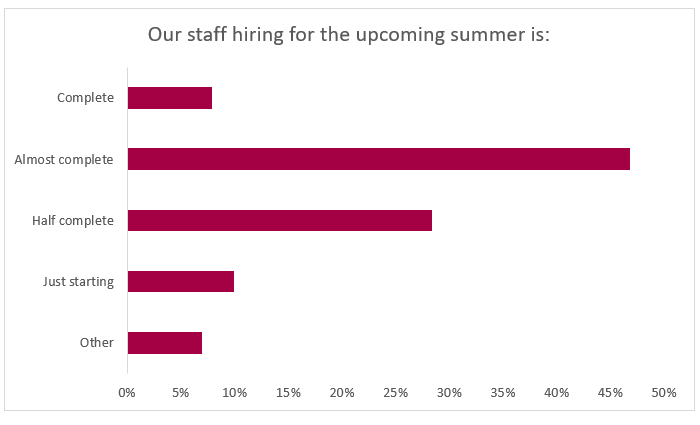 Overall, we can see that a majority of respondents to this survey (47 percent) indicated that their staff hiring for the summer is almost complete, and these trends remain consistent when we break things down by both camp type (day or overnight camp) and camp sponsorship (independent nonprofit, independent for-profit, religiously affiliated, agency sponsored, or government sponsored).

In general, although 2020 was challenging to say the least, the 2021 summer camp season is looking promising. It’s especially exciting to see the number of respondents reporting higher levels of new camper enrollment! Before wrapping up, we want to extend a special thanks to the 311 camps that responded to the enrollment snapshot survey, thus helping us gain a sense of how our own enrollment and hiring compares to camps across the country. The more responses we get, the better we’re able to make generalizations and predictions regarding camp enrollment and staffing. With that being said, until the next survey, happy camp planning!

Tips and Tricks for Developing a Logic Model

A New Year, a New Approach to Evaluation